Visually these duo paintings are based on site specific studies of the invasive Rosehip (Rosa Rugosa) growing uncontrolled by the coastline in the commune of Varde in relation to an exhibition at Kunsthal VARTe. The Rosehip rose was introduced as an ornamental plant from Asia in the 19th century to Denmark and was later used for coastal protection, as it is very hardy and tolerates salt. It was first observed lost in Danish nature in 1875.
The paintings focuses on the relation between nature’s own forces, deities, and the power of man. How invasive plants provide counter play to human control based on an understanding of nature as something cultivated. They are inspired by Marcus Terentius Varro’s meditations on farming in his treatise Res Rusticae (country matters) (37 BC), where he talks about 12 agricultural deities; nonhuman agents each possessing natural power and forces. Among others Tellus Mater the goddess of the earth and territory and the land, and Flora the goddess of flowering and blossoming plants and new growth:

“And since, as told, the gods help those who call upon them, I will first invoke them — not the Muses, as Homer and Ennius do, but the twelve councillor-gods; and I do not mean those urban gods, whose images stand around the forum, bedecked with gold, six male and a like number female, but those twelve gods who are the special patrons of husbandmen. First, then, I invoke Jupiter and Tellus, who, by means of the sky and the earth, embrace all the fruits of agriculture; and hence, as we are told that they are the universal parents, Jupiter is called “the Father,” and Tellus is called “Mother Earth.” And second, Sol and Luna, whose courses are watched in all matters of planting and harvesting. Third, Ceres and Liber, because their fruits are most necessary for life; for it is by their favour that food and drink come from the farm. Fourth, Robigus and Flora; for when they are propitious the rust will not harm the grain and the trees, and they will not fail to bloom in their season; wherefore, in honour of Robigus has been established the solemn feast of the Robigalia, and in honour of Flora the games called the Floralia. Likewise I beseech Minerva and Venus, of whom the one protects the olive yard and the other the garden; and in her honour the rustic Vinalia has been established. And I shall not fail to pray also to Lympha and Bonus Eventus, since without moisture all tilling of the ground is parched and bar- ren, and without success and “good issue” it is not tillage but vexation.” (Varro: 1.1, 37 BF) 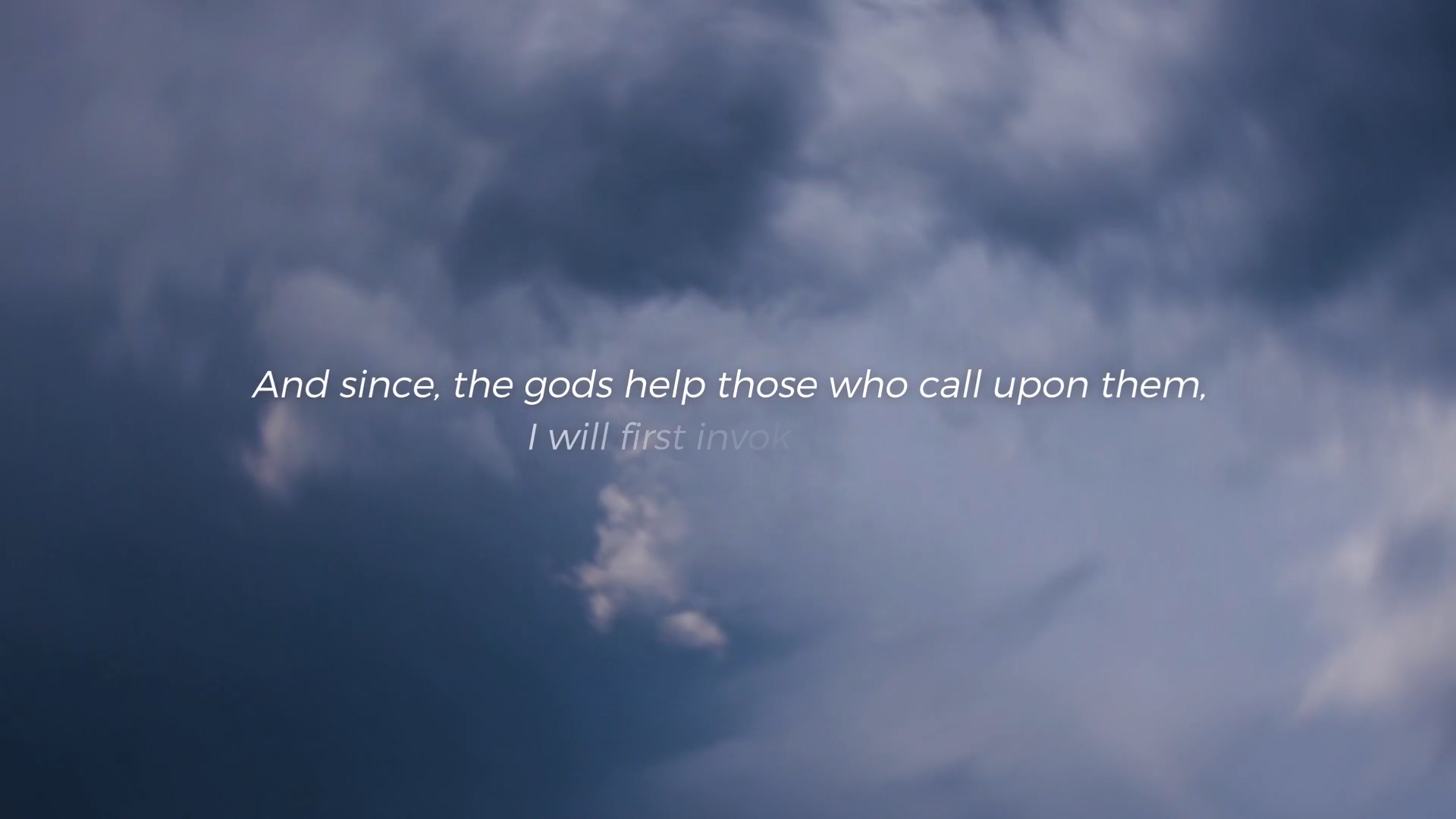 Animation of a selection of my paintings titled Flora & Forces made by Quentin Pinet, 2019