ENTROPIC COSMOS I — ROTATIONS OF THE HEAVEN 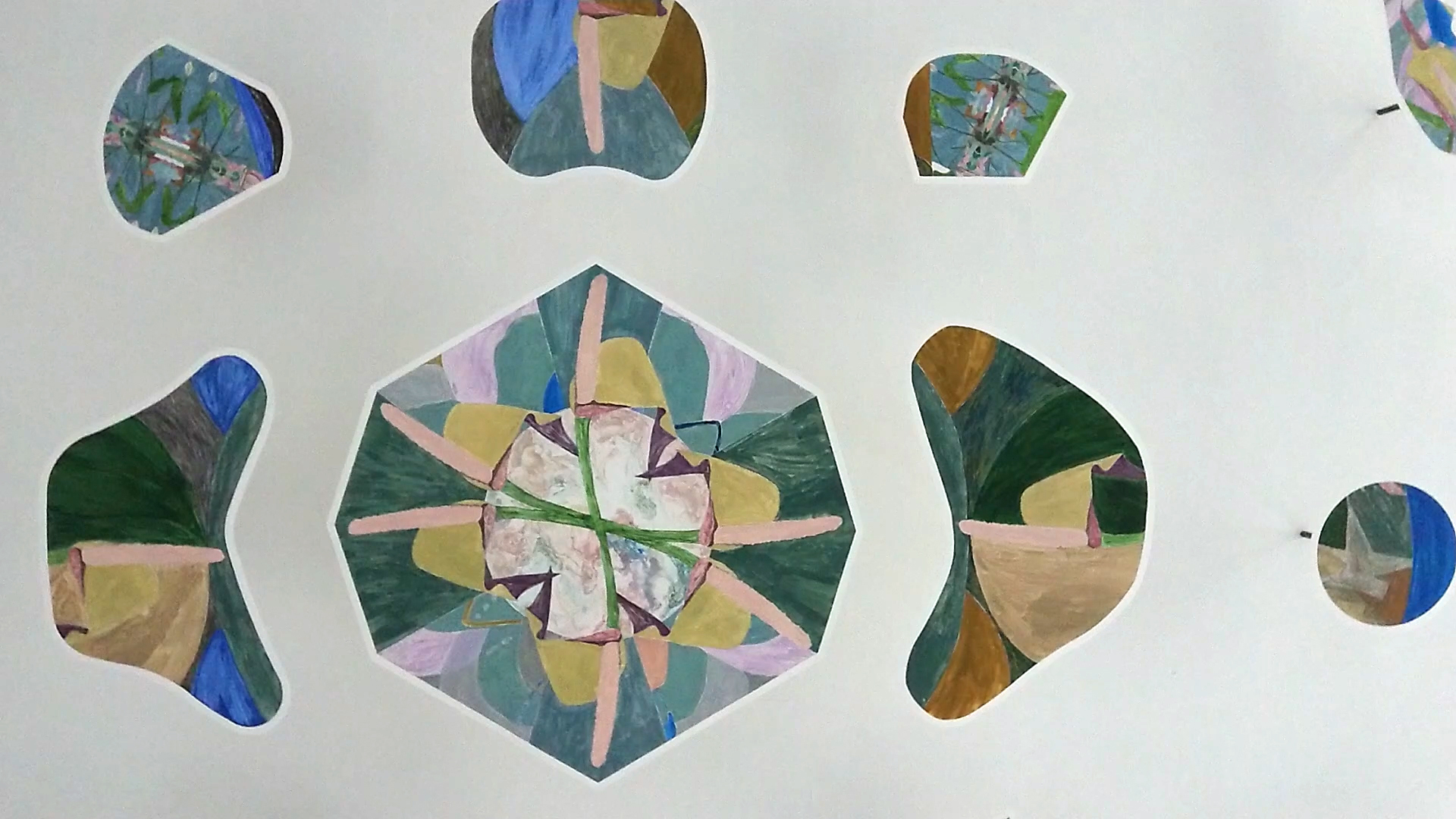 The ceiling decorations is inspired by classical historical ceiling.The installation is about the percept and bodily experience questioning our traditional understanding of heaven and earth, atmosphere and gravital force in line with Emanuele Coccia’s Cosmic Garden, where the atmosphere is the core not the earth. The installation is composed of works like a waterlily turned upside down growing from the ceiling, whose ‘leaves’ together create an earthbound sky vault of entropic patterns and supposed mirrorings.
Visually the installation is inspired by the crop Pulaka, Cyrtosperma Merkusii, which primarily is grown at the island Tuvalu in the Pacific Ocean. Tuvalu is the earth’s first sovereign nation faced to sink due to global-warming related flooding. The Pulaka is grown in pits, which are kept by families through generations. The ownership and cultivation are important parts of family identity as well as an important culinary source rich on carbohydrates. The cultivation of Pulaka is threatened by the rising sea levels caused by global warming as the plant does not thrive in the salt water which seeps into the pits.
Back to front